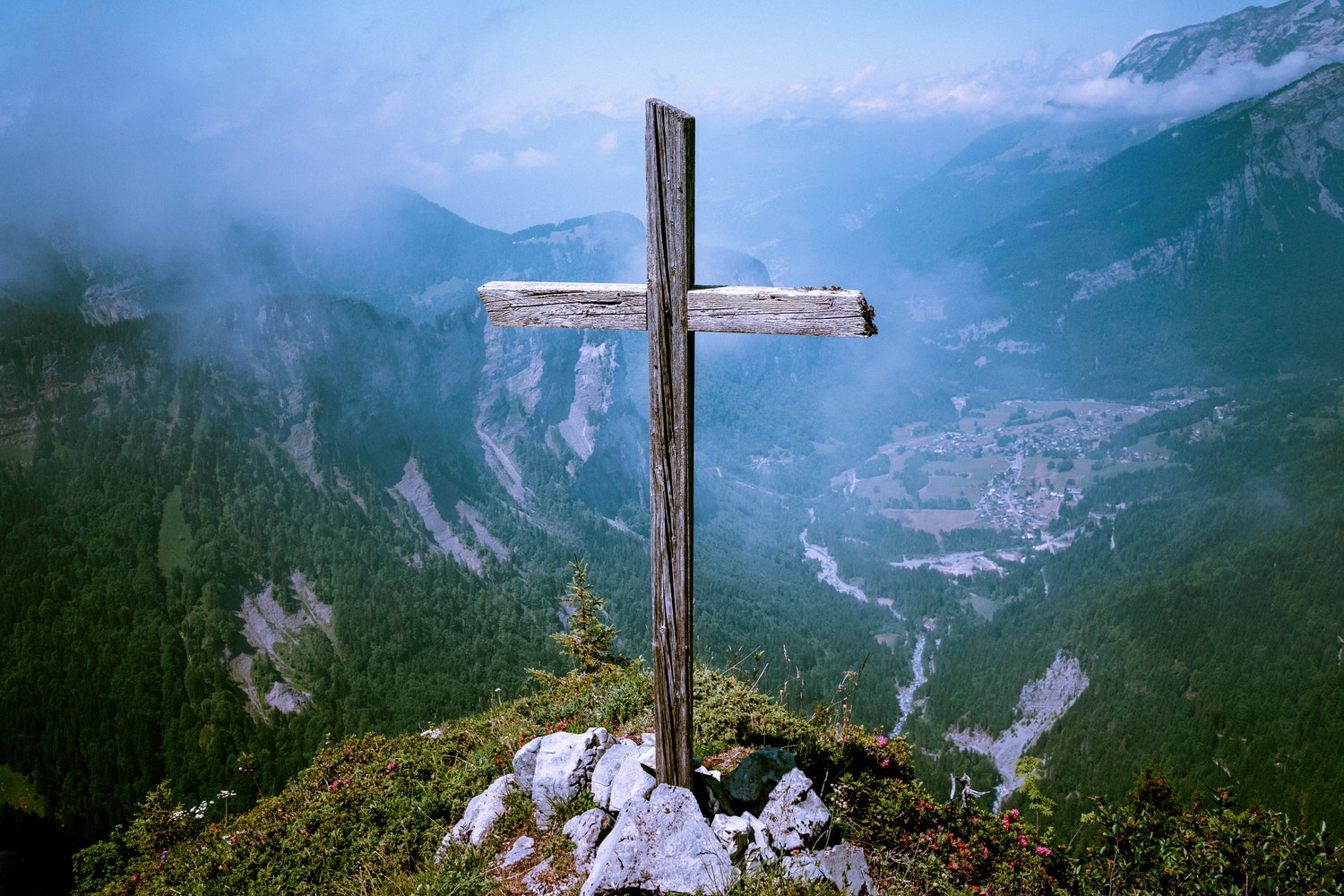 Police stopped a Baptist husband and wife from singing and offering Christian literature outside Lepel's market. "We were detained like criminals and brought to the police station," Andrei Fokin complained. A court fined the couple one month's average wages each. Bailiffs are seeking to confiscate property and ban him from driving.

One year after a Baptist husband and wife were last detained and fined at the same location, police in the north-eastern town of Lepel again detained them to stop them singing Christian songs and offering literature outside the market. The couple were each fined about one month's average local wages on 30 October. "We were detained like criminals and brought to the police station for records of an offence to be drawn up against us," Andrei Fokin complained to Forum 18.

The couple were punished for violating the strict restrictions on public meetings or events (see below).

Andrei and Tatyana Fokin – who belong to the Council of Churches Baptists, who choose not to seek state registration – insisted that they were not sharing their faith on behalf of any organisation. In fining them, the court rejected their arguments (see below).

Council of Churches Baptists have a policy of not paying fines imposed to punish them for exercising freedom of religion or belief.

Fokin is challenging a lower court order approving listing his property for possible confiscation and banning him from driving until he pays two fines imposed after the 2017 detentions. The fine imposed on his wife Tatyana in 2017 was taken from her salary in 2018 (see below).

Similarly, two Jehovah's Witnesses were fined in the south-eastern town of Rogachev [Ragachow] in May for violating the law on meetings to punish them for sharing their beliefs with others and offering religious publications outside a shop. A Jehovah's Witness community in Brest was given an official warning not to distribute religious literature. A second warning could lead to the community being liquidated (see below).

Meanwhile, police in the capital Minsk detained an Autocephalous Orthodox priest for going from door to door in a block of flats preaching and seeking donations for the Church. Police held him for nearly 24 hours, including three hours in a cell. He told Forum18 the detention in a cell was illegal as he is registered as a second-category disabled person. A court rejected police attempts to punish him for "minor hooliganism" (see below).

In Belarus the state closely controls all public exercise of freedom of religion or belief. The Religion Law requires state registration before communities can meet for worship. Those who meet without state registration risk police raids and fines, though such raids have diminished in recent years. Any public religious meetings or outdoor events risk fines or other punishment. Individuals can be punished under the Administrative Code for violating the Law on Mass Events, which requires prior permission (usually refused) for a range of public events.

At the same time, the authorities have long been reluctant to register religious communities, using various pretexts to make state registration unobtainable for communities they do not like. The most frequent pretext is rejecting a community's proposed legal address as unsuitable. The Jehovah's Witness community in Borisov [Barysaw] in Minsk Region has had 16 registration denials in 20 years. A Minsk Pentecostal Church has had three rejections in 2018 alone and chooses not to meet for fear of raids and fines.

On 27 October, police in the town of Lepel in the north-eastern Vitebsk [Vitsyebsk] Region detained Baptist husband and wife Andrei and Tatyana Fokin to stop them singing Christian songs and distributing Christian literature at the entrance to the market. Officers took them to the police station.

An official from Lepel Executive Committee called the police and watched the detentions, Andrei Fokin told Forum 18 from Lepel on 21 November. "We were detained like criminals and brought to the police station for records of an offence to be drawn up against us," he complained. He confirmed that officers seized none of their literature during the detention.

Church members in Lepel have run a street library since the 1990s. The Fokins are Council of Churches Baptists, who do not seek state registration on principle. Andrei Fokin insists that registration is a matter of freewill and cannot be applied to a family.

At the police station officers drew up records of an offence against both Andrei and Tatyana Fokin under Article 23.34 of the Administrative Violations Code ("Violation of the procedure for organising or conducting a mass event or demonstration"). They accused Andrei Fokin and his wife Tatyana under Part 3, which punishes repeat offences.

Fokin said that in drawing up the records of an offence, the police officers simply copied the records from 2017, when Fokin and other Church members were detained and brought to court. In October 2017, a court issued Fokin with a warning and, at further hearings, two fines (460 and 575 Belarusian Roubles). Tatyana Fokina was also fined 460 Belarusian Roubles. During one of the 2017 detentions, officers inflicted injuries on Fokin and another detained Baptist.

Asked whether the police officers inflicted any injuries after the October 2018 detentions, Fokin said that the officers were young and did not seem to know what to do. They appeared wary after the public response to the 2017 incident.

"They tell us that we are a religious organisation and treat us accordingly, but we are just a family sharing our belief in God with other people," Andrei Fokin lamented to Forum 18. "During the court hearing we repeatedly highlighted that we are a husband and a wife and we go preaching inspired by our personal belief, and not representing the religious interests of a group of people as stated in the records."

Fokin insists that judging by the manner of speaking and behaviour, the Court decision had been prepared before the hearing.

The Fokins appealed to Vitebsk Regional Court. However, on 21 November, Judge Svetlana Ivanova rejected their appeals and upheld the lower court decisions.

The secretaries of Judge Novik at Lepel Court and Judge Ivanova at the Regional Court separately refused to put Forum 18 through to the judges on 27 November, saying that they do not give comments on the phone.

Fokin told Forum 18 he had not paid the 2017 fines totalling 1,035 Belarusian Roubles, and he and his wife do not have money to pay the new fines. He said he has a seasonal job and, given his wife's small salary, the total of the two new fines is exorbitant. Half of his wife's salary has been deducted in recent months to cover the 2017 fine of 460 Belarusian Roubles, he told Forum 18. The authorities intend to suspend his driving licence and register their belongings for a restraining order.

Under Article 482 of the Civil Procedure Code, measures of forced recovery that can be imposed on a debtor include blocking funds held in bank accounts, confiscation of or restraining orders on property, temporary restrictions on going abroad, or temporary bans on driving a vehicle for the period defined by Court.

The Head of Lepel's Bailiffs Department, Nataliya Azaryonok, confirmed to Forum 18 on 11 December that officials had already deducted the fine of 460 Belarusian Roubles from Tatyana Fokina's wages. She said bailiffs had not recovered Andrei Fokin's 2017 fines and had therefore secured a lower court decision to have Fokin's possessions listed with a view to confiscation of items to cover the cost of the fines and a driving ban until the fines have been paid.

Azaryonok explained that suspending a driving licence is a measure imposed to prompt a response and is withdrawn as soon as the penalty is paid. She said it would not last longer than for five years. She also pointed out that a restraining order will allow confiscation of Fokin's possessions equal to the amount of the fine and the costs of recovering the unpaid fines. "The materials are still in the court - we are not going to do anything until we get them," she told Forum 18.

Fokin said he had lodged an appeal against the bailiff's actions to Vitebsk Regional Court on 10 December and confirmed that the financial measures and driving ban are not yet in force. "Until the decision is taken nothing will be done against me," he told Forum 18 on 12 December.

Asked whether pressure from the authorities would prevent him and his wife from continuing to run the Christian library, Fokin maintained to Forum 18 that they have no intention of stopping the library ministry. "If we are banished from one place we'll find another and we'll appeal to all possible institutions, but we'll never give up."

Fokin believes the new wave of pressure might be connected with the change of the head of Lepel Executive Committee. Mikhail Kiselevich was appointed to this post in September 2018. "This person knows us very well, so he decided to use his position to demonstrate his power," Fokin stated to Forum 18. He said an official from Lepel Executive Committee called the police and watched the detentions.

However, Kiselevich, the Head of Lepel Executive Committee, denied knowing Andrei Fokin. "I am a new person and I officially declare that I don't know Andrei Fokin," he told Forum 18 on 28 November. Asked about the detentions of and fines on the Baptist couple, he said that it is not his responsibility to deal with fines.

The Head of the Executive Committee's Ideology Department, Yelena Borodeiko, confirmed that she knows of the fines but absolutely denied that a local Executive Committee official had called the police. She insisted to Forum 18 on 27 November that no other religious community sings and performs in public places.

Asked what the Fokins should do to stop the persecution she declared that they should register with the state. "After registration they can sing without any limitations," Borodeiko told Forum 18. She said officials had warned the Fokins and their fellow believers more than once against sharing their faith without state registration, but they ignore the law.

On 24 March, police in the town of Rogachev [Ragachow] in the south-eastern Gomel Region detained two Jehovah's Witnesses, Tamara Vitkovskaya and Olga Grapova, as they were sharing their beliefs with others and offering religious publications near a local shop. Police accused them of illegal picketing under Administrative Code Article 23.34 ("Violation of the procedure for organising or conducting a mass event or demonstration").

On 16 May, Rogachev District Court found Vitkovskaya and Grapova guilty and fined each 49 Belarusian Roubles (two base units). The two appealed to Gomel Regional Court, which dismissed both appeals on 15 June.

In the south-western city of Brest on 30 March, Brest Regional Executive Committee handed an official warning to the local Jehovah's Witnesses community not to distribute printed religious materials in unauthorised places. The Executive Committee warned that if the community receives a second warning, they will liquidate it.

On the evening of 26 November, police officers in Pervomaisky District of the capital Minsk detained the 58-year-old Fr Vikenty (secular name Viktor Kovalkov) for preaching and seeking alms in a block of flats. They took him to the police station, where he spent almost 24 hours, Fr Vikenty told Forum 18 from Minsk on 30 November.

Fr Vikenty is a priest of the Belarusian Autocephalous Orthodox Church, which has repeatedly been denied state permission to operate, most recently in 2014.

Police prepared a case against Fr Vikenty under Administrative Code Article 17.1 ("minor hooliganism", including "disturbing the public order") and handed the case to Pervomaisky District Court. However, on 30 November Judge Svetlana Cherepovich found Fr Vikenty not guilty and closed the case, he told Forum 18 after the hearing.

Fr Vikenty intends to lodge a complaint against the police. He insists they violated the law by holding him for more than three hours in a cell, ignoring his status as a second-category disabled person. (END)